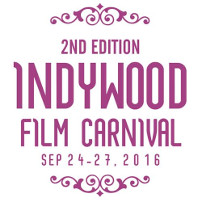 IMC is happy to announce that we have decided to support Indywood Maritime Excellence Awards ,conducted on Sept 25th @ Ramoji Film City Hyderabad ,India. As the whole maritime world knows, one of the key objective of IMC is to honor the Individuals and leading organizations in the Industry for their excellent contributions, in front of an elite Maritime Community at various countries absolutely based on merits and reputation.

Being a Non – profit making maritime organization ,which aims to bring the whole maritime fraternity under one roof we feel it’s our responsibility to support the initiative taken care by Indywood The Indywood Maritime Excellence Awards is exclusively for the Indian Mariners and Maritime Firms clubbed with the core Agenda to have an Investor meet on Marine City Formation Panel Discussions in various hubs in India with Support from Industry. The event expect around 200 elite Decision Makers from different sectors of Indian Maritime Industry for this exclusive Mariners event. We would be able to witness honoring 25 Professionals from the 100 nominations with Indian Origin. As the Nomination as such is a great recognition, IMC Winner and Nomination Certificates shall be issued during the Award function.

This will be a concurrent Event organized as part of Project Indywood www.indywood.co.in, a US$ 10Billion Project to be initiated by a consortium of 2000 Indian Corporates and Multi-Millionaires, conducted at the same venue between September 24-27.2016. The Entire Event shall be Globally Broadcasted by Marine BizTV as live.